Pound in for more losses 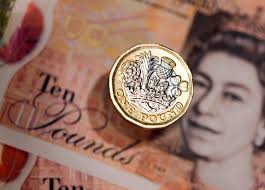 The British pound has had a horror run over the past few days and so far this month is the worst performing currencies out the majors and according to some analysts, this is probably the beginning of worst thing to come for the British currency.

A huge drop in Quarterly GDP figures released this week proves that the UK economy is headed for one of it’s worst ever recessions which is something that the government agrees as noted by the UK chancellor Rishi Sunak,

“A recession is defined technically as two quarters of decline in GDP. We've seen one here with only a few days of impact from the virus, so it is now very likely that the UK economy will face a significant recession this year and we are in the middle of that as we speak." Mr Sunak said

As well as a near certain recession, the pound has also suffered over the past few days due to another significant fall in the stock market which greatly affects currencies such as the sterling and Australian dollar as investors panic and search out safe haven currencies such as the US dollar and Japanese Yen.

Although the equities market made somewhat of a comeback yesterday this is expected to be short lived with volatility expected to continue and according to some analysts not if but when the stock market tanks again, further losses are on the cards for the pound

"Global markets are on the slide once again, with traders once again selling risk-assets as fears over another potential crash in stocks comes into view. The ability to ignore the huge deterioration in the economic picture can only last for so long, with the reasoning behind such actions likely to come crashing down in the event that the prospect of a meaningful economic bounce back cannot occur," says Joshua Mahony, Senior Market Analyst at IG.

The latest update on Brexit negotiations are due out later this afternoon and at this stage the market expects very few changes due to the United Kingdom’s stance on sticking to the deadline at the end of the year for exiting the EU in full.