The euro surged to a new 9 moth high against the US dollar in yesterday’s trading session after comments from several European Central Bank officials who have advocated for the continuation of Jumbo rate hikes as the year unfolds.

The euro reached a high of 1.0927 to trade at its highest level since April last year, before pulling back towards the end of the day to around 1.08600.

European Central Bank (ECB) governing council members Klaas Knot and Peter Kazimir have both come out in favour of at least two more 50 basis point hikes at meetings in February and March.

ECB President Christine Lagarde has also backed further rate hikes and noted that the European central bank will keep raising interest rates quickly to slow inflation which remains far too high and is well above the ECB’s target rate.

A 50-point rate hike bodes well for the Euro as speculation mounts that the US Federal Reserve will only deliver a 25 basis point rate hike at their next meeting which may spell the beginning of the end for their latest rate hiking cycle and help lower the yield differentials between the greenback and the Euro.

"Really what's driving things is central bank policy divergence. At least in the current cycle, the market thinks the Fed's most hawkish days are behind it. So when you weigh the outlook for central bank policy, it depicts the dollar at a disadvantage, given market bets on the Fed moving more slowly than its counterparts abroad said Joe Manimbo, senior market analyst at Convera in Washington. 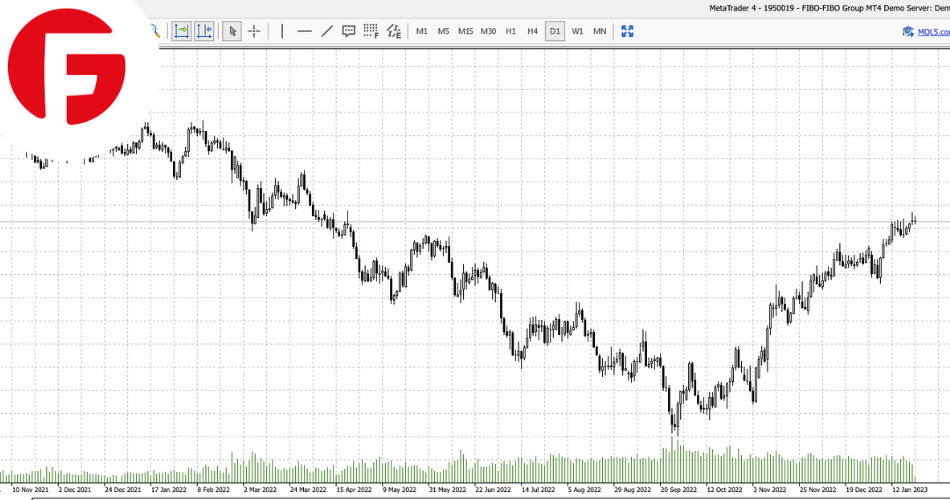 Looking further ahead today, the main drivers of the EUR/USD currency pair will be the release of a monetary speech by ECB president Christine Lagarde who will give an update on the state of the European economy including some possible hints on the size of the next interest rate hike.

During the American session market participants will await the release of the S&P Global Composite PMI index which is a key indicator of business confidence and may provide some trading opportunities as the day comes to a close.