The Euro has managed to jump back again over the parity level against the US dollar although not by much, and it is still stuck in a tight trading range as market participants await the latest retail sales figures and Michigan consumer sediment index from the US later today during the American trading session.

This release is crucial for the Euro’s fortunes as a better than expected figure or even a number which hits the target may cause the US Federal Reserve to be more aggressive with their interest rate hikes than earlier expected.

Fed Governor Christopher Waller said on Thursday that he backed the case for an aggressive rate hike at the upcoming FOMC meeting later this month, but it depends on the incoming data.

Waller specifically cited retail sales and housing as two key metrics. Hence, a stronger-than-expected reading would lift bets for a supersized 100 bps Fed rate hike move on July 27 and boost the US dollar. Conversely, any disappointment would further add to worries about a possible recession, which should continue to weigh on investors' sentiment and benefit the greenback's safe-haven status. 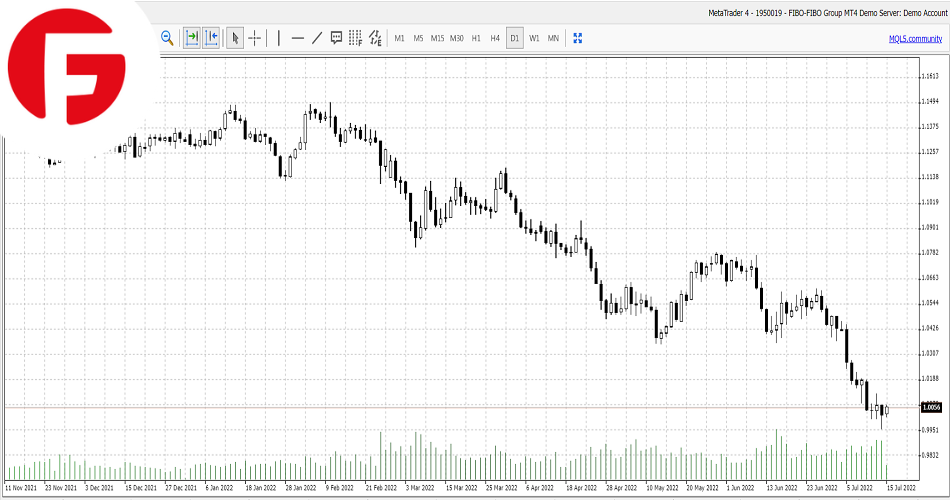 The ECB on the other hand are going to be much more gradual with their rate hikes and all but one of the 63 economists according Reuters expect the European Central Bank (ECB) to hike its bench mark rate by 25 basis points in July.

“A majority of economists in the poll forecast a 50-basis point hike in September, followed by a quarter-point rise in October and December, taking the deposit rate to 0.75%. It is expected to reach 1.50% in the third quarter of next year. Poll medians showed a 45% chance of a recession within a year, much higher than the 34% in the previous poll." Wrote analysts from Reuters.